The moon is the story in all of its glory and the negative space is darkness represented here as black, silhouetting the spectators and the tree.

The space of any blank canvas is an interesting one to fill. Be it large or small, to see your subject matter in life and then visualize it on your canvas as a completed work of art, can be challenging. But it is where all painters begin, with nothing, nothing but blank space.

For centuries artists have seen something in real life or fantasized something from complex mental references, and have had to figure not only the scale of their subject matter being placed upon that canvas but the scale or size of their canvas as well. It is not without skill and determination, and often not for the faint of heart. To a newcomer, it can be a daunting task.

Once the artist plunges in, he or she needs to be armed with their own understanding of what is important and what is not. It is their own interpretation and representation of any subject matter they choose in play here, as their brush meets canvas and the dance begins. The criticism of others lies in wait for the completed work of art. Getting it right may therefore only be up to the artist, or that responsibility may fall into the hands of the paying customer or judge. 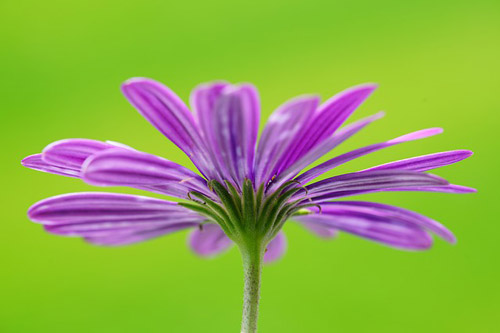 How space is ultimately used though, largely becomes a stylistic one. But for purposes of this artist’s perspective, I want you to only think of this place as two parts, positive and negative. At first, these two parts will not seem of equal importance, but you will find in time that they most certainly are. To understand their differences, let start with something positive, as in positive space! Positive space is where your focal point and story lies. It’s a place of narrative, a place of subject matter, the bird on a branch, the face in a portrait, an old tree, truck, elf, dragon, castle, etc. It is the reason you are painting the painting in the first place.

Positive space though, most often need not be over-represented. Meaning, enough is enough, and too much can be way more than enough. As an example, here in words, if the subject matter was Mary’s beautiful long hair, one might only need to say; “Mary’s hair was long and beautiful.” More stylistically one might say; “The sun glistened across each strand of Mary’s beautiful long hair.” Overdoing it or leaving no space untouched on the canvas, might go like this; “Mary hadn’t cut her hair since delightful childhood years and thus, it passed her waist like a waterfall of wavy locks, reminiscent of a grand horse’s tail, glistening in the summer’s setting sun, flipping careless free of tangle and so lovely, as was she”.

So positive space is important, but one can make (if not careful), its importance so endless that depending on the painting’s overall scale, acceptance on the viewer’s part, may become overpowered by too much information or what I like to call, informational overload. Everything in balance, as they say. Yes, some paintings require lots of information, but those that do still only need to use the least amount to accomplish the desired result.

So, if everything in balance is a good rule, what is the yin to that yang? Negative, or neutral space, of course. Negative space is the space where little to nothing is happening, and frankly, because of it, everything is allowed to happen. Negative space is the support system for the positive space’s storyline. Negative space is the straight man in a comedy routine. Not funny, but being the object of the joke allows the joke itself to be funny. It’s the contrast, the place where distance and a subject’s scale are often realized. It’s the space that by saying nothing, allows the painting to say everything. It is also the place where color can be enhanced, as with an orange piece of fruit lying upon a turquoise table cloth, or quieted with a more monochromatic color such as light apricot.

Artist Robert Rauschenberg showed the power of negative space with his white paintings. A series of paintings done in the early 1950s, Rauschenberg had been tormented by his mentor Josef Albers at Black Mountain College in North Carolina. He painted them out of frustration in an effort to push the limits of what art could be. Where most artists labor their way to fill a canvas to completion, Rauschenberg ended where most begin, with blank white canvases. ( Be sure to read my blog related to Robert Rauschenberg ) A complete lack of positive space only left thought to fill the space. Imagine that.