Influenced by my Aunt Dottie being a professional photographer for the government, and my brother’s early interest in being a shutterbug as a hobby, for me, after owning a few Kodak Instamatics and Polaroids, I took the plunge in purchasing my first true camera in the late 1970‘s. It was the newly released Cannon AE-1.

This was a single lens reflex (SLR) with interchangeable lenses and it used this stuff called film, which was both fairly expensive and required time to develop. That time and expense made you think a bit more about each shot you composed, its exposure, and the story you were trying to tell through your efforts. Then came the patience in waiting to get your film processed into prints or slides, and the hopes of having a few good shots out of a roll of 24 or 36 exposures. 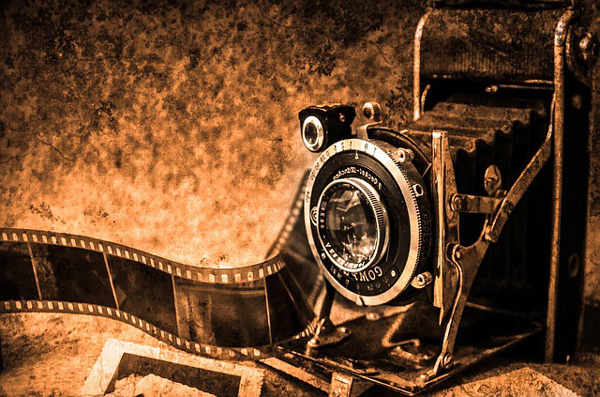 Photography for me was like walking next to a big vacuum cleaner, as I was easily and quickly sucked in. Within just a few years I had purchased two Canon F1s, one of the known workhorse cameras of National Geographic, who at that time was a force of incredible photographers. This also mostly predates quality zoom lenses and therefore photographers instead carried heavy bags of single focal length lenses. Multiple camera bodies with different lenses meant you could be at the ready. All of this was slung over your weakening shoulder.

Pretty much anyone, me included, who was into photography this deep would also begin their own processing. It used chemicals, was time-consuming, but at least produced the results in the same day. Most processing in that time was sent off to labs and was not done locally in a few hours. I also got bitten by the large format camera bug, purchasing a Mamiya 645, lenses for it and the ability to process its film as well.

At the time, pioneers of photography like Ansel Adams, were heroes. Photography was a serious art form. There were those like me spending thousands on film and others who so infrequently took photos that a roll of film would take months or more to use. By the time they got the roll of film processed, they forgot much of what was on the roll in the first place. I can remember the last time I went to Europe with a film camera. It was in the 90’s and my processing bill was over $900. Soon after I purchased my first digital camera, boasting 3 megapixels. I also bought a charger and a few memory cards and it all set me back around $1,200 which I felt was very reasonable at the time.

Life is very different today isn’t it? Everyone has a camera phone, everyone uses it, and we all have video cameras too! If you actually own a purpose-built digital camera, memory (the film of today) for every electrical device is almost free. There is no processing costs or waiting, just instant gratification. We fire off and delete more photos per person than 1000 photographers back in the day. Heck, through purging, I’ve been doing my best to keep my personal digital photo file under 30,000 images for the last decade.

In a creative sense, there is a point to my story. Photography used to be a meal and it may have become a bag of potato chips. If you take photos and care about the results, the fundamentals of photography haven’t changed. The viewfinder is your canvas, a source of light and its direction is your brush, good composition is a must, and it’s still all about telling a story.

Ever thought about taking a photography class?  Check out the classes at Leesburg School of Photography