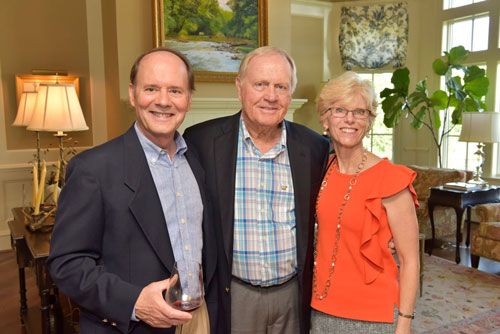 In about six months I will have been selling my paintings for thirty years. Most days I only think about the present and future of things, but other days I ponder the past and what makes up a long career. Not just one as an artist, but in doing anything.

Looking back at this span of time, I’ve of course painted a lot, but as a real thinker of what makes things tick, I think about how the world has constantly changed around me. Look at it this way. During my first year there was essentially no internet or even email. Fax machines were all the craze and starting to become affordable. There were only laser printers, no ink jets. My wife Linda, used a ledger for doing her bookwork. The first computer she had for her gallery back then, Leesburg Gallery of Art, was a brand new Macintosh which was given to her Mother has a promotional gift by her bank for, I suspect, opening a somewhat fat savings account. It was the first generation Mac made.

Not so long after getting started, I experienced my first recession as an artist in1989. I had already experienced two previous ones in my working life thus far, but as an artist I would encounter a total of three more, including the big one from 2007 to 2009. It’s the one that people still talk about and some are still recovering. Based on experience, we’re due by the way. But there was also other disruptions, like war. The United States has been in 13 conflicts around the world since the late 80’s and we’ve had Mad Cow outbreaks, brutal storms, and three government shutdowns, with the possibility of a forth one looming over us. Then there was also the tragic day of September 11th. The point of this, is that one must keep on keeping on.

Progress in that time has brought us the internet or the world wide web as they called it. It has given us iPods, smartphones and digital cameras. Funny, I became a photographer in the mid 70’s and with film, I could have pretty much kept going with the same camera for decades. With the invention and eventual miniaturization digital cameras, I’ve bought no less than a dozen of them trying to keep up with increasing quality, only to find out most of us just need our phone’s built in camera, and video camera, notebook, calendar, voice recorder and computer!

When I started this career, your phone had a cord and if you were lucky, a long one at that, and your television was in one of two places, on a stand or in an armoire. Today people are giving up land lines and you have a hard time giving away a armoire! The Salvation Army won’t even take them! I can remember the first flat screen television I saw. It was priced at $13,000. and it sat on a stand. Today they’re much bigger, 1/5th the price, and they mount on the wall, usually right where art would go. Go figure.

In my career though, Linda and I have owned two gratifying art galleries, directed another very large corporate gallery which was an awesome experience. We worked for the largest fine art publisher [in its day] and I was exposed as an artist to a grand amount of talent and shows across the country. I’ve done over 40 one man shows myself and more group shows than I could possibly count. Each was a wonderful progression of the next, with artistic growth and meeting new art enthusiasts over the years. I’ve also had my paintings go all over the United States and to several countries abroad. It’s been one step after another, having faith in my decision to live an artful life. A life of creativity, being inspired and hopefully inspiring others along the way.

I can remember having an investment guy who asked me, when do you want to retire? Retire? I said, I do what people do when they retire!