When in Doubt, Start 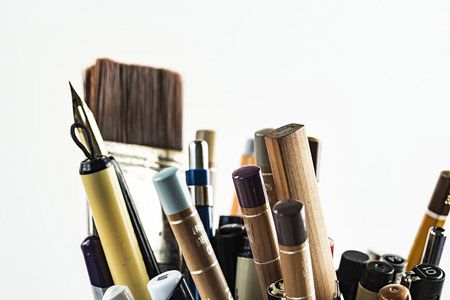 I recently had a conversation with a young fellow who became particularly intrigued when I told him I’m a Singer/Songwriter. He is relatively recently removed from college, and in a job he tolerates that pays the bills, but ultimately, his joy would be to write for a living.

However, he expressed his trepidation at putting pen to paper. He explained, writing was so personal and close to home, that the fear of it being not good enough was overwhelming.

I understand this concern, having passed through these kinds of trials. Actually, I still pass through them! But I’ve gathered some important lessons along the way, and I want to share with you what I shared with him.

1. Your first art won’t be great. Accept it. You may think what you create is incredible, but there’s a decent shot in the beginning it will be lacking.

And, ain’t that a good thing! We want our skills and talents to blossom as we progress, don’t we? We want to have a better gauge for the effectiveness of our work, right? We want to become more in tune with what we’re aiming to say and how best to say it.

But we can only develop through practice, through getting up and trying again, and again, and again. You will progress, but you have to take steps to move forward. Even if those first ones are stumbling out of the gate, accept that they are, and put one foot in front of the other.

2. Art is never done, only released. I first heard this in the context of music, when someone I met conveyed the phrase he’d heard, “An album is never done, only released.” You see, you can endlessly tinker with an album, tweaking this part here, adjusting the volume of this note there…you could spend your whole life seeking perfection. Or, you can allow yourself some time to work on it, and then release it out into the world and move on to the next artistic endeavor. The point is, you have to keep creating, letting go, and creating. Art isn’t about perfection, but beautifying the world in the unique way only you can.

Put a little differently, my dad said to me that one of the things the Beatles were great at was knowing when to walk away. Their albums are full of flaws and imperfections, but they are just what they’re supposed to be.

I don’t want to imagine a world where only two Beatles albums existed because they spent years trying to get every recording perfect.

3a. You can’t be a fair judge of your own work. It’s very difficult to have an unbiased opinion of what you create - you may be hypercritical, or the opposite, but it’s likely that your perspective will be considerably different from that of many others. So, don’t burden yourself by taking your opinion too seriously. Work with people you trust, and eventually put your art out there and let other people receive it as they will.

I remember hearing Bon Jovi say they didn’t think “Livin’ on a Prayer” was anything special, that the public’s reaction completely surprised them. Yeah, their opinion was a little off on that one.

3b. Once your art is released into the world, it’s not yours anymore. Let it go. It’s alive, living and breathing, for other people to have a relationship with it that has nothing to do with you. That book could change their course, that song might be the soundtrack to a lifelong memory. They might interpret the art vastly differently from what your intention was - and that’s okay. Your job, of being a conduit, a synthesizer of all the elements that found their way into your studio that day, is done. Embrace that freedom! And pick up your pen, paintbrush, or whatever your instrument may be, and do it again.

At the end of the conversation, he said it was just what he needed to hear. I said I look forward to reading his book someday.