Do you ever doodle? You know...the little scribbles on the side of your notes that, in school, were likely looked upon with scorn by your teachers. I have vivid memories of drawing on my notebook covers, margins, or even my hand while sitting in class during my school years. During meetings, I still find myself sketching little swirls or shaded geometric patterns on the side of my notes as I listen to the agenda at hand. 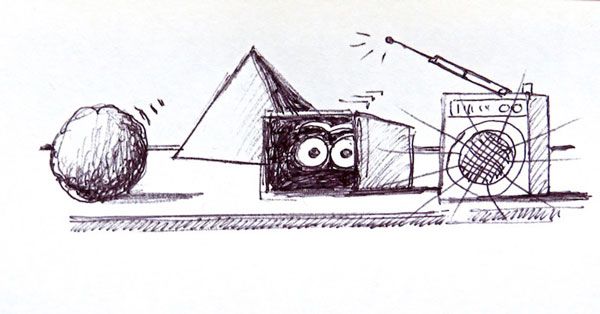 The word “doodle” is thought to have been derived from the German word “dudeltopf” meaning “simpleton.” When it first appeared in the English language during the 17th century, a doodle referred to a fool or silly person, as in the classic tune Yankee Doodle. The connotations are clearly negative! But are they correct? 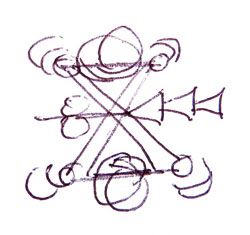 Often associated with boredom, doodling was historically thought to be a sign of daydreaming and NOT paying attention. The longstanding assumption about doodling is that an individual can’t possibly be paying attention when engaged in aimless drawing. This point was put to test in a study conducted by Jackie Andrade (2010) (hyperlink to 2) who assessed attention and memory function of 40 individuals. Findings indicate that participants who doodled while listening to an audio message recalled 29% more information than those who did not doodle. The investigator hypothesized that doodling actually enhanced concentration on an auditory task by maintaining arousal at an optimal level, thus preventing boredom or daydreaming.

The value of doodling may be even more pronounced for individuals with symptoms of Attention Deficit/Hyperactivity Disorder (ADHD). It has been noted that physical activity, including doodling, can mimic the effects of typical ADHD medications by increasing levels of the neurotransmitters dopamine and norepinephrine. Doodling is considered a form of “fidgeting,” any mindless activities that one can do while focusing attention on an alternate primary task. Particularly with individuals diagnosed with ADHD, it is thought that activities which engage only one mode of information processing are insufficient to hold the person’s attention. To compensate, an individual may independently engage in a simultaneous activity, such as doodling, to stimulate the brain sufficiently to support focused attention on the primary task. In all cases, it is most effective when the “fidget” uses a sense other than the one required for the primary task. Examples include doodling while listening to a conference call, listening to music while reading a book, or chewing gum while taking a test.

Author Sunni Brown has expanded on the concept of doodling in a whole new way with her book, The Doodle Revolution (2014). She suggests that doodles can be powerful ways for all people to organize information in a visual way, thus facilitating understanding and memory. According to Brown, doodling enhances comprehension, increases retention and recall, increases creative thinking, and improves listening skills. This philosophy references dual coding theory which suggests cognitive productivity is enhanced when at least two modalities of learning are engaged (auditory, visual, kinesthetic, etc.). In her Doodle Revolutionary Manifesto, Brown redefines the historically negative connotation of doodling to highlight doodling as the use of spontaneous marks or drawings that support thinking, creativity, problem-solving, and innovation.

Brown further coined the term info-doodling which is an intentional means of tracking auditory or text-based information, and creating graphic and text images to clarify and display complex information. There is evidence that there is a shift in Corporate America to shed their reliance on technology and get back to basics with a resurging reliance on sticky notes, colored pens, and dry erase boards. Facebook, Inc. is embodying this concept by encouraging visual note taking to spark creative thinking. Other companies like Zappos hire graphic recorders AKA “professional doodlers,” consultants who sketch what is discussed during meetings to keep attendees engaged and provide a graphic depiction of content discussed in team meetings.

The implications of this shift are exciting and easy to incorporate. For those in leadership roles, consider the possibility of encouraging doodling and the incorporation of graphic recording during your meetings. If you doodle, continue to do so! If you haven’t doodled (perhaps for fear of getting your knuckles cracked by a teachers ruler), give it a try. It may have a greater pay off than you would have anticipated.