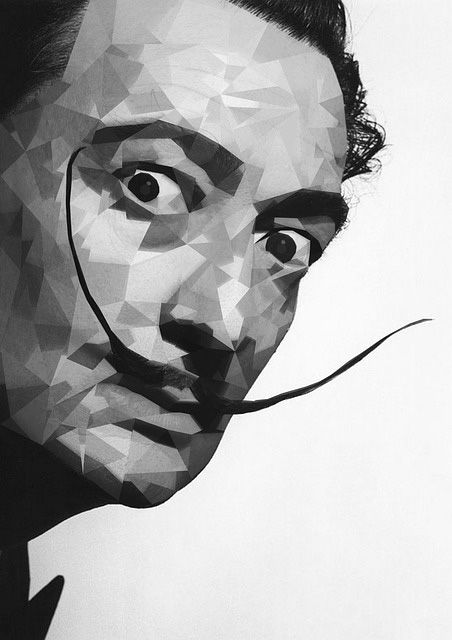 Words like art, creativity, craft, and design cover the broad meanings of a most interesting world. As does the word artist or artisan, which covers a massive worldwide group of thinkers and doers. Someone can say to you, I’m an artist, and in its most rawest of meanings, it would simply mean one who creates. But creates what? Art? That’s a big topic.

Is it paintings, sculpture, story in words, drama, song, music, installation, choreography, dance, graphics, photography, craft, cuisine, what exactly? One word laying a large swath over the making of so many things. These vast creative interpretations also have vast creative interpretations within each of them. There are many ways to paint a painting. Many ways to present any concept or idea. Many languages and voices speaking differently to different people, and while each one of these types of artists may have much in common, they have so much that is not. You are also likely to find a large group of those who own up to the title of artist, practicing more than one genre within the vastness of these creative fields. Self expression serves emotion, and we certainly are a hard group to grasp.

I’ve often thought about the many differences of how artists do what they do, how they are celebrated or not, and even how they might go about making a living at their chosen path. A painter paints. If they choose, they sell their paintings. Maybe they are able to make reproductions of their work to also be sold. Maybe they can license their images to be use in other commercial ways. But there’s still only one original that was painted, until which time another one is painted, and then another. A song writer/singer on the other hand, writes a song, maybe sings it and may record it. It may also be used commercially, as a jingle or for a sound track, but these artists will sing their original tune over and over and over, for decades. Even if it’s not a hit, it may be sung hundreds of times. But if it is a hit, it will be sung thousands of times, both by the artist who originally wrote it and perhaps performed it, and also by others who cover the song, making it now a bit of themselves to sing over and over and over, for decades, possibly as their own hit.

"I will always love you."

When Dolly Parton wrote and recorded I Will Always Love You, in 1973 as a farewell to her mentor Porter Wagner, she couldn’t even come close to imagining, her then country love song, would become a hit again for her in 1982 for the movie soundtrack Best Little Whorehouse in Texas. So imagine her surprise (and multi million dollar delight), when ten years later in 1992, Whitney Houston’s cover for the soundtrack to the film The Bodyguard, made I Will Always Love You, one of the biggest hits of all time! The song even became a hit again after Houston’s death, and Houston was certainly not the only one to sing this song or to make Dolly’s song a hit.

This one song, lovingly written without a real thought of revenue, has been the gift that has kept on giving and giving. Compared to a painter, he or she would have to paint their same painting over and over again. I can just see it, the live performance where the painter says, "Ladies and Gentleman, I’ll now paint my 2014 hit, Sunrise Over the Hill", and they reproduce the painting on the spot for the hundredth time. Think about it, that’s what musicians do. Often the same piece over and over again to a new, or a very faithful audience. 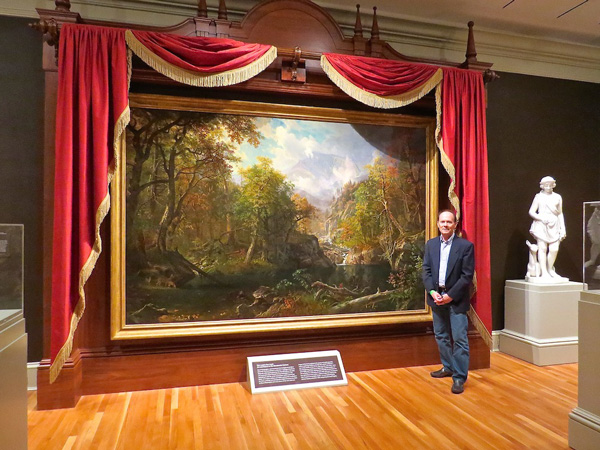 In the days of old, before our world population was inundated with images on a 24/7 basis, master artists to the likes of Thomas Cole, Frederick Church and Albert Bierstadt were superstars whose exhibitions attracted tens of thousands just to see their latest masterpiece as it was introduced to the world. While the interest in these works of art and their master painters remains to this day, it’s just not nearly as much so, and with a different level of enthusiasm. Like a film’s premier, seeing something for the first time was much more captivating then, compared to seeing it after images have been available through books and online for generations. Time has not overly diminished the painting itself, but rather the demand of the non artistic public, especially. Referencing Wiki, it is mentioned at the time of Bierstadt’s death in 1902, “the taste for epic landscape painting had long since subsided”. His time in the mid 1800’s, was possibly the height of the real spectacle of art, painting wise. Exhibits today are more retrospective, than an introduction. You might be seeing the original for the first time, though it may not be your first time seeing the image. You’ll recall the first space shuttle launch, as you proudly watched the fiery manned projectile it seemed a few launches later, its newsworthiness was far less appealing to the general public, until one blew up that is. That regained our attention.

Think what you please, but the public loves a spectacle. With art, we hear more about art auctioned for high prices, than we do about the art itself. As a painting, Savior of the World really wouldn’t be newsworthy. Da Vinci, the artist, or I could humorously say, the creator of Savior of the World, is a bit more newsworthy. But when the world hears da Vinci’s Savior of the World sold for $450.3 million, now that’s newsworthy, even though da Vinci himself passed away almost 500 years ago. Funny too, da Vinci is often more credited with being a mathematician or inventor than he is an artist! 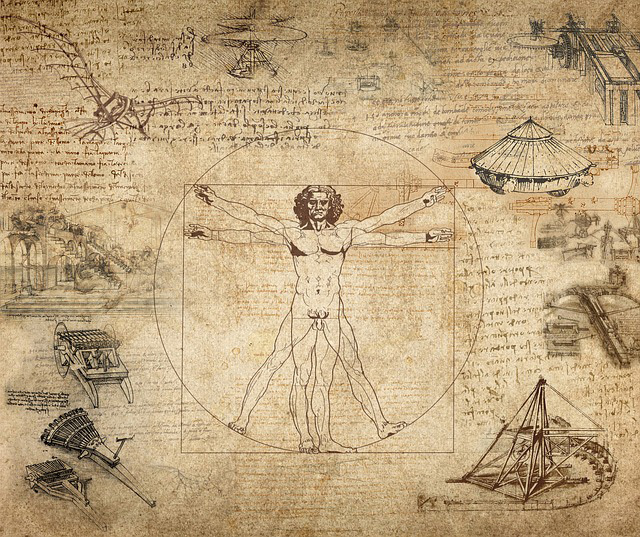 So while the array of musical artists are able to play on the repetitiousness of their originality through performance, the painter, sculptor and makers of craft are more often forced into having to continually create and sell a lot of new work. They have to produce more original works of art, more often. Just like the singer/songwriter every painter would love to have one really big hit in their playbook. Writers the same. Writers write, but I suspect most would love to have one big hit in trade for the endless words placed one after another through their career. It would be great to have a fewer amount of carefully chosen words be read by many, than millions of words be read by few. Ones producing royalties as well! Hey, some song writers have produced some very simple songs with just a few words which have graced our minds, lips and ears forever. Happy Birthday To You (Patty and Mildred J. Hill - 1893) comes to mind. Can you even imagine how many times that song has been covered by us all? My, my, talk about a hit! 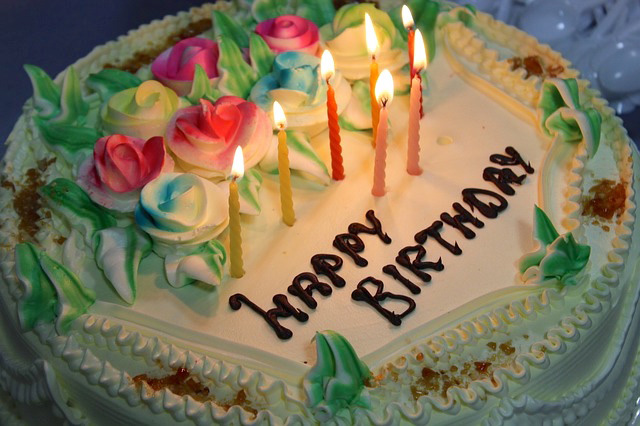 Installation art is most known for being assembled as big, one time exhibits. Often built to fit a an exhibit space or outdoor area, their presence is to make a statement or provoking thought and opinion. The exhibit opens and runs its course and then gets disassembled or is sold off in pieces. Because of their size, rarely are installations sold as a whole. More often these artists get public or private funding, but once done, that is that, on to the next original thing.

I also consider some great chefs to be artists. This is simply undeniable, as what they create is so visual and far past anything to do with survival, it can only be deemed as such. Each original recipe becomes a dish. So is the recipe the original, and the prepared dish like an artist’s print or reproduction? Or is it the song written and sung over and over? Is the selling of the dish like being paid for the performance, or more tangible like the print? What happens when the original recipe is placed in a cookbook and made by us? Have we now covered the song as Whitney Houston did? We certainly may have put our own spin on the dish like she did and may even have added our own originally to it. Hum, I’ve never thought of this, can you copyright a recipe? Just check, the quick answer is no. It’s like copyrighting a color, you can’t do that either. You can however copyright an arrangement of color, which is basically what some types of original art are, and you can copyright artwork. You can however trademark a color, which is different than copyrighting it. Confusing huh?

So that brings me full circle back to the word artist, which really is an interesting one. Anyone can call themselves an artist. Past an online check, or seeing them in action, there’s really no proof either way. Their is no licensing of artists to show their legitimacy, no one single registry, or source. It is considered an occupation, but again, very broadly so. Occupation- Artist. Employer- Self. I’ve written this many times over the past 30 years and frankly, over those 30 years in time of selling my artwork, I have never once been asked to show my credentials. Officially at best, all I would actually have are tax returns. You certainly can’t count on a biography as being official.

Still, many people call themselves an artist and in doing so, there’s undoubtably those who in hearing that title, would have no idea what it really means. It’s like calling yourself a theorist, it can mean many things to people, but the lion’s share of them would have no idea what you do! Yep, being an artist is an interesting title, one with all kind of assumptions attached to it. Assumptions about you’re what you actually do, what kind of artist are you, are you flaky, and most assume you don’t have two nickels to rub together. I must admit, I don’t think I look like an artist, and so when asked, it’s like I’ve just told them I’m a martian. On one hand there’s a little look of surprise, and on the other hand there’s a look of, for the most part, joy. Like, hey, it not everyday I get to talk to a martian!

Sadly, I think with the general public, if asked on a questionnaire; On a scale of 1 to 10, how important is art? Most would say around a 7 or above. But if asked, using the same scale; How important are artists? I think the results would run much lower, I’m guessing no better than 4. In a world of Kardashian sensationalism, there’s just more important stuff to care about. I crack myself up! By the way, Kardashian is not an artist, she’s a personality, which is another one of those hard to describe titles. Honestly, I think it’s time for me to find a more clarified title, so I’m going to start calling myself a writer.

See other aticles on The Chysler Museum