Music to Our Ears

I’m a guitar player. Well, actually I’m kind of a hack that has been at it for 55 years. But I’ve owned a lot of guitars and it’s likely no surprise that having to stay at home a lot these days has offered ample time to improve my skills, and it’s worked. I’m playing every day now.

I’ve also given myself an excuse to buy a few more guitars. I know, there is a hidden addiction with guitars and their players that I don’t think most other instruments and their players suffer from. Many of us own at least three, I’ll just leave it at that because many have been known to go overboard.

A couple of years ago, Linda, who has owned a guitar and played the accordion and piano from a child all the way to college, decided she wanted to learn to play the ukulele. They’ve become popular. What a fun, somewhat simplistic instrument. They only have four strings and are tuned differently than a guitar. They come in 3 “main” sizes of Soprano (the smallest), Concert, and Tenor. Each gets a little bigger in size until you actually get to a fourth size, the Baritone. But to me the Baritone more like a small four-string guitar than a big ukulele, because its four strings are tuned like a guitar. In any event, it is still classified as a ukulele. Go figure. 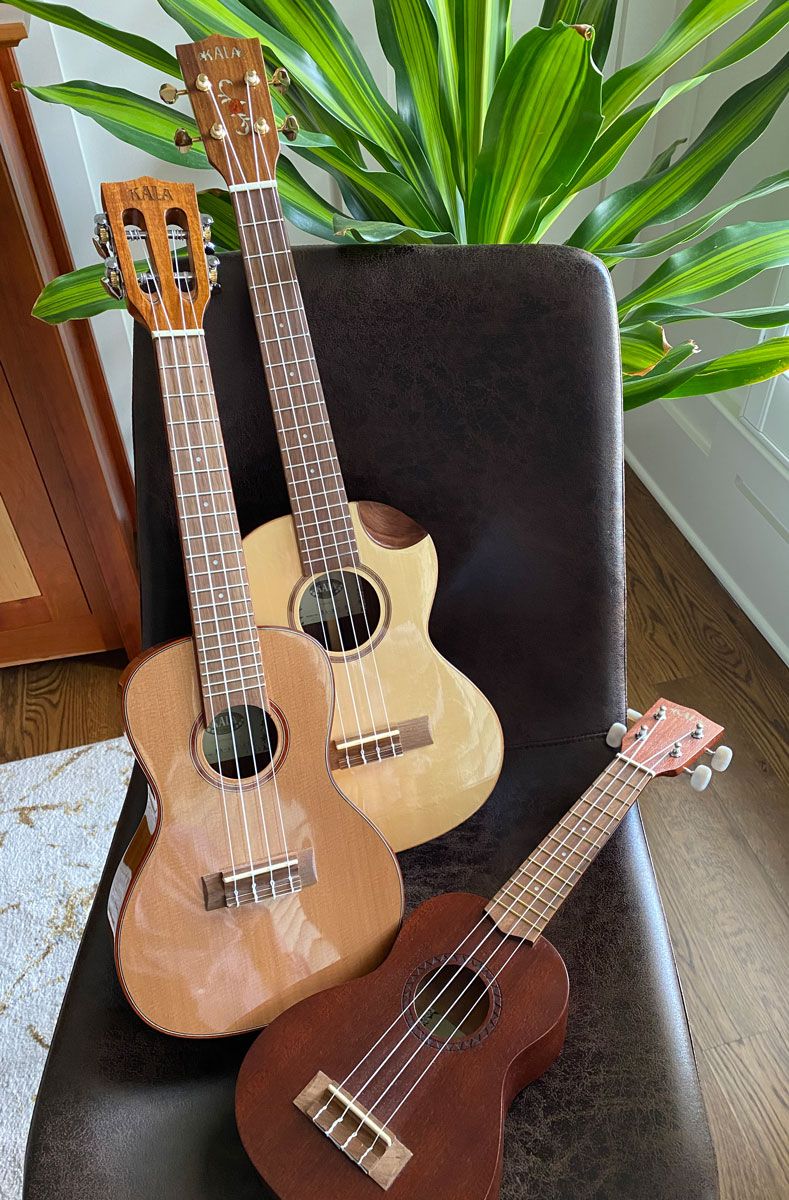 Here are the three sizes of ukuleles - soprano, concert and tenor.

Linda began with the smallest, which while it can be purchased for very little money, she got a good one. But they still can feel and even sound a little toy-like. So next came (one at a time) two Concert ukuleles. While all three were by the company KALA, these two Concert sized instruments were even higher quality, and you know what? I am a believer even in just starting out that you buy the best instrument you can or within reason.

I say this because better instruments feel, play and sound better. A good instrument should inspire you to play it. This most certainly works with art supplies as well. A cheap brush is no fun and nets poor results. Sure a seasoned professional can still get better results than a novice, but both will do better with higher quality brushes and the same goes for instruments.

In any event, trapped at home and our anniversary plans now on hold, I decided to add to Linda’s arsenal of instrument choice by buying her a beautiful KALA Tenor ukulele. Now armed with all three sizes she can experiment on which might offer the best results with different songs she might try. Super fun! But in the process of ordering it from a great online company, I found that both it and the other place I order from are both CRAZY busy!!! Both tell me they are busier now than during the holidays!

This news was happily received because, during these troubled and unusual times, it means two things. First, that parts of the economy are cooking along and the jobs are secure, and second, it means a lot of people are trying something new, learning a new skill or enthusiastically enhancing the skill they have. It made me wonder about how many people might be leaning a new language or painting their first painting, or getting back to their creative roots and living an artful life right now! It’s very exciting.

So, live an artful life, 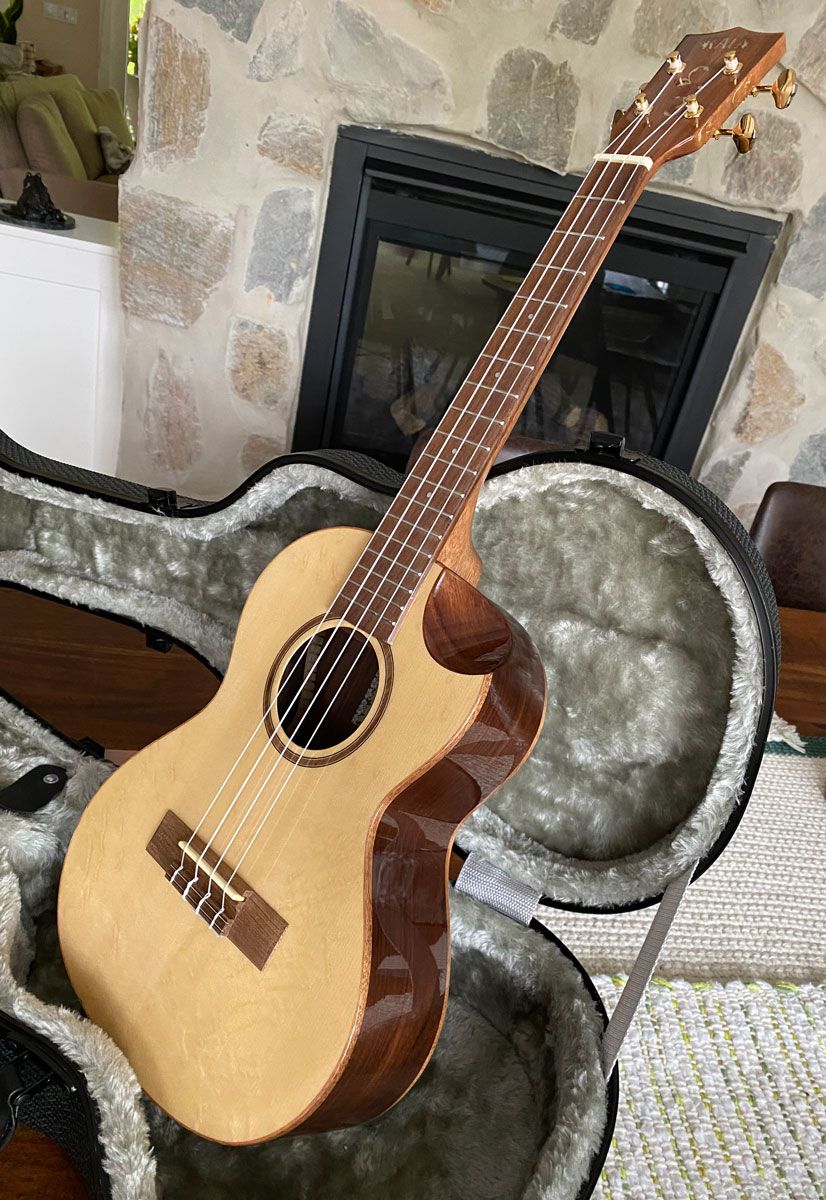 This is the newest to the collection, a tenor ukulele.