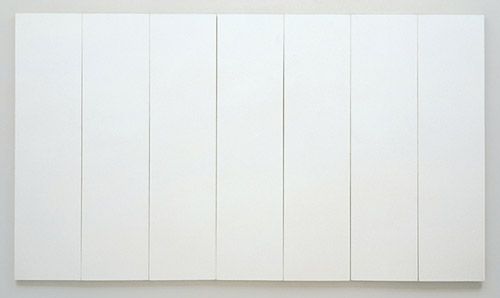 I recently had a speaking engagement for Franklin Parks Art Center’s opening reception of their show titled Monochromatic. There I told the story of visiting the National Gallery of Art’s 10th Anniversary of the East Building and their exhibition - Twentieth-Century Painting and Sculpture: Selections for the Tenth Anniversary of the East Building.

Once inside I quickly came across seven panels lined up side by side by side and all painted white. Just white and only white. I was perplexed and frankly caught off guard, as here they were in the prestigious art museum. What the heck was I seeing? I looked at the information tag to find my answer and it said, Robert Rauschenberg WHITE PAINTING [seven panels] (1951) oil on canvas. I was one year into my painting career, and here was so called art, in a prestigious museum, painted in 1951, before my birth in 1955.

Reading about the series it is said, This is a series of modular canvases, painted entirely in white, which reflect changes in the light and the chance effects of shadows in the surrounding space. Well, I’m not so sure about that. But in an interview with Charlie Rose, Rauschenberg himself mentions spending time in Paris, but it was from his time at Black Mountain College in North Carolina and his time under Joseph Alberts that was most important to his growth as an artist. Time Magazine called Josef Alberts - “The worlds greatest disciplinarian in the arts.”

Josef Albers believed that teaching art was not a matter of imparting rules, styles, or techniques, but of leading students to a greater awareness of what they were seeing. Albers said his goal as a teacher was "to open eyes." For Albers, the fundamental building block of an art education was the development of the capacity to see more acutely. You can’t be an artist, Albers reasoned, unless and until you’d mindfully explored the visual field through its key elements: line, shape, color, and texture.

Rauschenberg says of Alberts - “I got disciplined, abused, ridiculed, he was good! He was so clear in his direction, that I was able by contrast, to really figure out what I was.”
He goes on to then say - “Actually the white paintings came out of the Alberts frustration. I wanted to push painting as far as I could physically imagine it.”

But Rose brings up two very important words, …. Curiosity and Now. On Curiosity Rauschenberg says - “I think curiosity is probably the most important energy that any creative person can have.” On the word Now he says, “That’s my major influence.”

So allow me to offer my feelings today on the seven white panels I saw so many years ago.

1 ) We all start with a blank canvas. Rauschenberg simply finished with it.

2 ) Monochromatic can be as loud as a scream or quiet as a whisper. It can also be a powerful tool as negative space.

3) While I have painted many landscape paintings and plenty of other things mostly filled with color, I have also never forgotten how powerful negative space can be in supporting positive space …which is your subject, your focal point, your story. 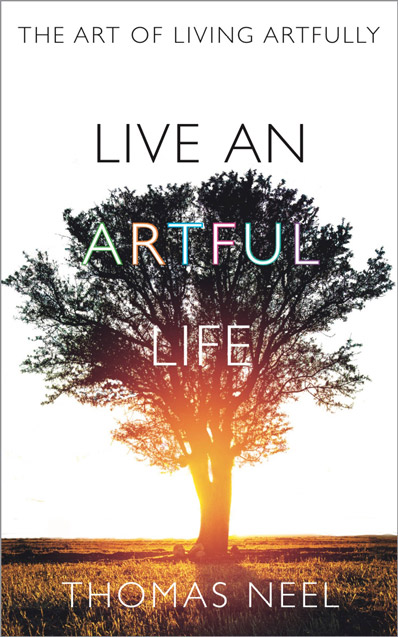 4) In a shameless plug for my new book - Live An Artful Life, I would like you to notice the use of white negative space on the book’s cover …along with the cover’s mostly monochromatic positive space. This was not by accident. This was by design and it was a lesson given to me by paintings done 4 years before my birth. That is the power of art!